Russian war against the Roman Empire 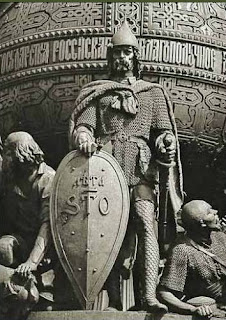 The history of the Roman Empire is very complicated and invented so that it is difficult to accurately determine the dating. In his book on the ancient history of Russia, Lomonosov (1711-1765) does not put the dates,  but indicates when, where and who ruled. Thus the date of events – the year 300 A. D. on the history of the Roman Empire in the Dating of Western Europe. In Lomonosov’s manuscript the  dates were put after  printing - perhaps Miller and Co – the scan is in the file.

The History of Military Actions According To Lomonosov

Up to this time the Roman Empire was making advances into Russia, captured its people and took them  away into captivity - sold as slaves in the markets. Lomonosov reports, and I translate it into modern popular language: At this time unification of the Slavs ocurs. The march on the Roman Empire, hated by all for its slavery and invasions, was supported by all. The best warriors in number of three thousand men were  gathered - the best fighters were collected throughout all of Russ.

The army without problems crossed the Danube and the Gebr rivers, further dividing into two parts of 1700 and 1300 people. Then they destroyed Thrace and Ilirikia.
Superior forces of the enemy retreated everywhere, and the Roman generals had fled. The city was taken by assault. The main battle took place in Thrace in the defense of the city Ciroula. The enemy cavalry was in command the Roman military head Asbad, known at that time. Asbad’s cavalry was the main striking force and it was defeated. Asbad was caught and executed.
One of the assaults of the city is described in detail. The Russians approached to the town in small number. Roman troops decided that with so many they would cope in open battle, and left the city for a fight. That’s where they were defeated.

Rome sent the best troops from the territory of modern Italy against the Russians. Warlords of Rome were Constantine, Arati, Justin. Constantine is presumably the same man who later became Caesar, adopted Christianity and distributed it to the Roman Empire. The Russians were located on a hill, and the Roman army camped at the foot of the plain. The Roman troops did not dare to attack Russian. The Romans stood until grumbling about the cowardice of commanders began to circulate among their troops. The Russians also did not want to leave a good fighting location, leaving behind their wounded, prey, and carts. And so they stood until the command of the Roman legions did not begin the attack.

In the result the Roman legions were defeated, the banner of Constantine was seized. Constantine himself only by chance was not captured. Many brave warriors on both sides fell in that battle. The Russian liberated prisoners of the Romans and with what they could carry moved home. They did not want to destroy the defeated enemy – they did not finish them off.
Rome was in shock. Previously  nobody had crossed the Danube  to attack them. From a military point of view, against the Roman Empire stood out Russian special forces, the best warriors of all the Slavs of Russia of that time.

Constantine arranged the pursuit, he attacked the tail of the convoy and miraculously regained his banner. Perhaps it was simply given to him so that he stopped  the persecution.

As follows from the descriptions, the Russians fought on foot, and thus they broke all these legions in the two provinces of Rome and the legions sent from Rome to help. The numerical composition of the Roman legions an be checked according to Wikipedia data, from 5 to 6 thousand people in one Legion. If three major military leaders equal to Constantine are mentioned,  it means those were three of the Legions under the mountain - 15 thousand people against 3 thousand of our soldiers not counting  their losses before this fight. In previous battles the losses were minimal.

In the descriptions of the history of the Roman Empire it was battles with the "Sarmatians" .

In modern folklore, in Russian fairy tales, a soldier of this squad is called "Bogatyri". About them  legends and songs were created. The heroes today are heroes of cartoons in Russia. 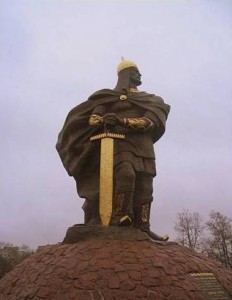 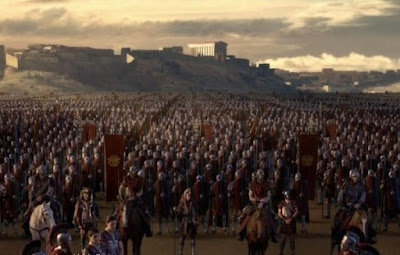 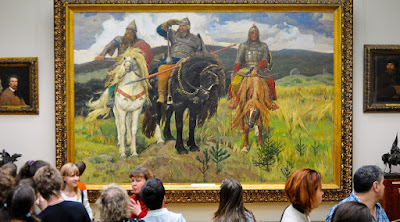 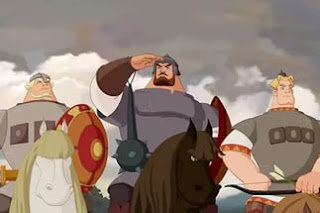