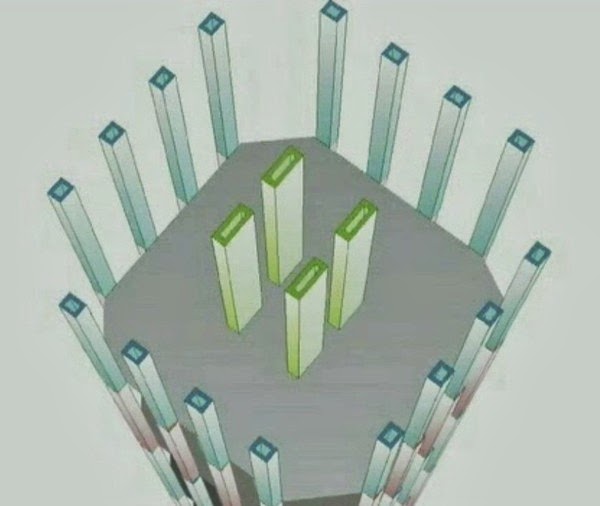 Fig. 1. Steel frame of the towers in New York, the scheme.
2. The towers were subjected to shocks of airplanes,  and impacts of fires in places that are known (see. Fig. 2). 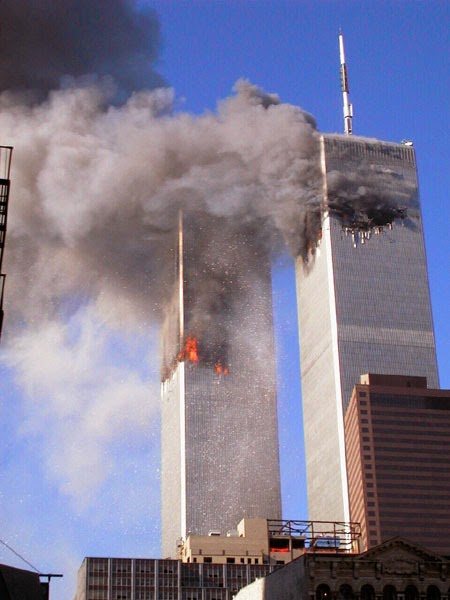 Fig. 2.The spots of falling aircraft and fire effects on the frame structure.
3. Time of fire impact on the steel structure to collapse: 56 minutes and 102 minutes for WTC2 and for WTC1.
4. Two identical buildings with different damage – collapse is identical - the fall from the top down, the entire framework crumbled ..
Videos of TV companies are represented in large numbers: http://www.archive.org/details/sept_11_tv_archive
5. Fragmentation of debris shown in video frames (see. Fig. 3, 4).

Fig. 3. Fragments of the frame in the form of metal beams with slanting cuts on the edges.

Fig. 4. The place the destruction of the column in the form of an oblique cut.
One can continue to collect a variety of evidence to refute the myth of the Muslim terrorists. This is quite unnecessary. This is redundant. To display the expertise it is necessary  significantly fewer signs of the destruction of the towers. For an expert it is enough:
1. The construction of the towers - the steel frame.
2. Towers were hit by planes and the effects of fires.
3. Two identical buildings at different damage collapse identically - the fall from the top down, crumbled the entire framework.
When exposed to fire on the steel frame of the building, there is a “release” of the metal and reduced strength properties. That is, the local framework is gradually losing strength. The maximum that could happen, it is the slope of the building. Taking into account the location of the skeleton and partial damage to the remainder of the carcass the rest of it would have successfully resisted the inclination, and even this is unlikely to happen.
A typical pattern after a fire in a building with a steel frame (see. Fig. 5). 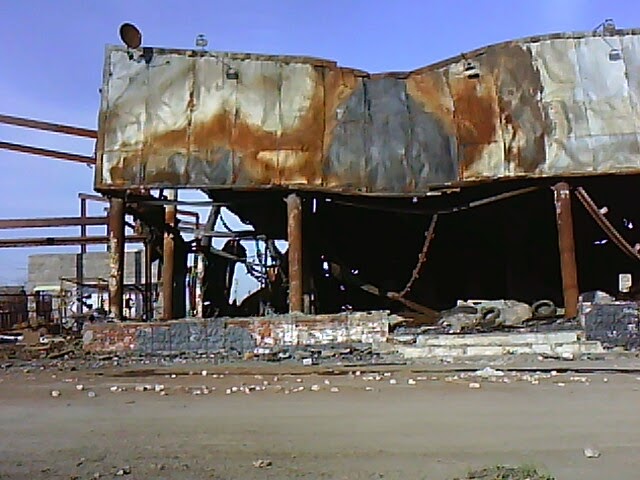 Figure 5. Photo of the building with a steel frame after fire (str.N.Vokzalnaya, st. Samara).
The photo shows  steel longitudinal beams, which sagged as a rope. Thicker vertical steel columns do not lose stability, since they are not sufficiently warmed up (see. Fig. 5). Steel beams begin to lose their stability after only 15 minutes after the start of an intense fire.
Thus, the destruction of the steel frames of buildings in New York in the form of frame fragmentation, in the circumstances specified in the materials of the investigation by the US State Department, is technically impossible with probability 1.0 (100%).
Visible signs of the destruction of the videos allow a definitive conclusion about the deliberate demolition by explosion.
To carry out the blasting it was necessary for 1-2 months to prepare the building - to lay tons of explosives. Such layings had to be done on each floor and be linked with an electrical circuit to arrange an explosion by radio or wired network. To hide such preparation of buildings from the security of those buildings is quite impossible.
Pentagon
Circumstances: into a part of the Pentagon, which was closed for repairs, crashed an airliner. However, during the initial inspection only about five corpses were discovered and a breach in the wall of the building, which in no way can be a breach of an airplane (see. Fig. 6). 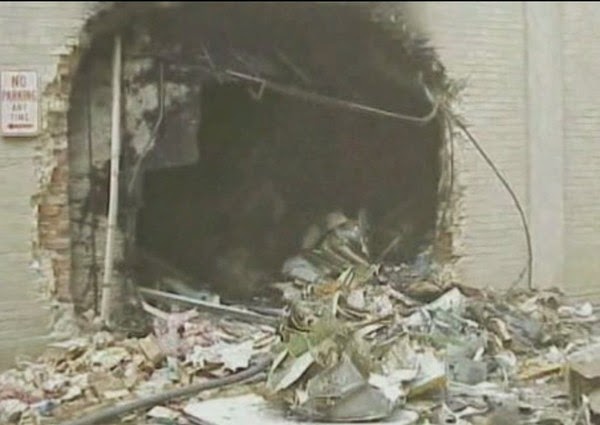 Fig. 6. The breach in the wall of the Pentagon.
In the frame of the video can be seen the engine turbine just above the knee of the fireman. This turbine cannot  be a turbine of an aircraft, and can be either a turbine of the engine drone or of a cruise missile (see. Fig. 7). 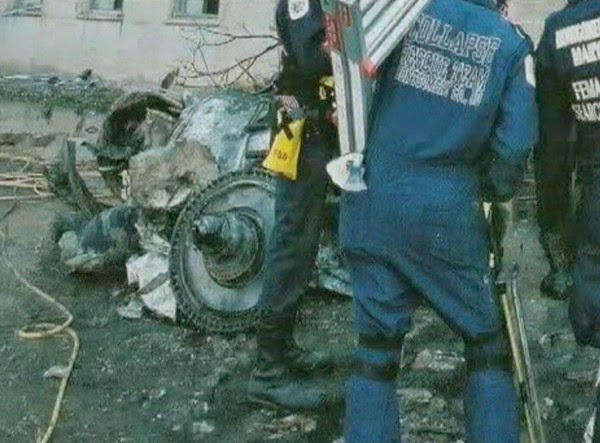 Fig. 7. The engine turbine.
Given the complexity of the aircraft and cruise missile guidance to the target, it is possible to assert with great certainty that guidance to the target was carried out from the reflected laser beam on the final part of target trajectory. That is, the gunner on the target missile was in direct line of sight from the Pentagon, on the ground. Similarly, it was in New York. With the highest degree of probability, "the aircraft" was not controlled by the pilots, but were guided to the target by automatic control system. The crew, if he was there, could not influence the flight of the aircraft.
Analysis and Conclusions
Analyzing the raw data presented above, it is possible to make a definitive conclusion about the fact that Muslims, Arabs with stationery knives were not guilty in massive loss of life on September 11, 2001. The operation of the deliberate mass destruction of people and  the terror attacks were carried out by the US army and intelligence services.
Buildings in New York City were demolished by an explosion – an industrial blasting demolition. Pentagon building was hit by a cruise missile or unmanned aerial vehicles.
Additional Information
Relatives of the victims and the Russian lawyers should be aware that the Russian judicial experts have done everything in their power, and in autumn 2010 they informed the US Ambassador to Russia about the results of their examination and offered their help in the investigation and further sent a message to the personal page of the US Ambassador in Moscow, see. http://beyrle.livejournal.com/17678.html
We can not say that the US and European experts did nothing at all. An article in the US magazine of police experts was published.
Michael Fullerton. 9/11 Pseudo-Science: A US Foreign Policy Built on Fraud / Foreign Policy Journal. U.S.A., 2012. URL: http://www.foreignpolicyjournal.com/2012/09/10/911-pseudo-science-a-us-foreign-policy-built-on-fraud/
Examination of the applied thermal composition:
Niels H. Harrit, Jeffrey Farrer, Steven E. Jones, Kevin R. Ryan, Frank M. Legge, Daniel Farnsworth, Gregg Roberts, James R. Gourley, Bradley R. Larsen Active Thermitic Material Discovered in Dust from the 9/11 World Trade Center Catastrophe / the Open Chemical Physics Journal. Volume 2. ISSN: 1874-4125. doi: 10.2174 / 1874412500902010007, URL: http://www.bentham-open.org/pages/content.php?TOCPJ/2009/00000002/00000001/7TOCPJ.SGM
Translations into Russian: http://ant-63.livejournal.com/54067.html
Examination of video broadcasts on 11 September. The aircraft is workshop. Cruise missiles were in New York as well. Video: http://video.mail.ru/mail/at-63/112001./67.html
Appendix: http://video.mail.ru/mail/at-63/112001./72.html
The lack of availability of aircraft and cruise missiles does not change the findings of Russian expertise. No cruise missiles or aircraft could demolish a building of similar design.
Expertise performed by Anton Kolmykov
An Expert on Construction, Technical and Tracing expertise.
Military equipment and weapons specialist.
Trial technical and forensic examination,
Institution C_NEAT Samara, Russia.
http://www.cneat.ru/911-usa.html
to reward: PAYPAL

The article was published on the Provincial portal Samara.Ru  in 2010, http://www.samara.ru
Does global Media belong to international organized criminal group? Does  Media belong to international terrorism? Does US fascism reign the world? Jewish fascism? Why all the media lies and helps international terrorists? It is necessary to start arrests of the media and terrorist leaders around the world!
On Russian television channel a well-known politician in Italy (European Parliament) exposes the US government 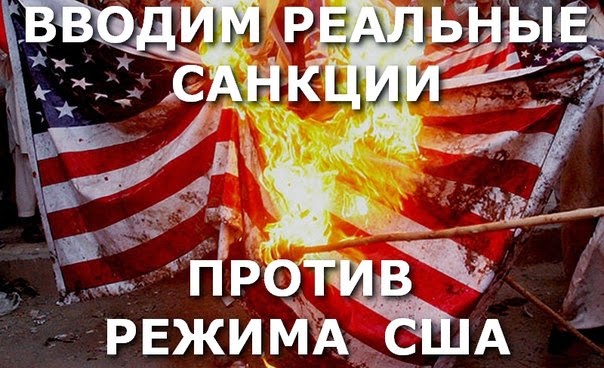